What is Sleep Apnea in Astoria, Portland, OR? 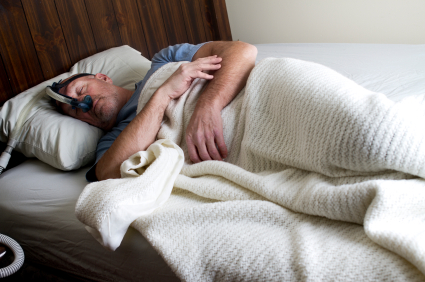 Sleep Apnea Syndrome is a very serious medical disorder usually developing in long-term loud (though it doesn’t have to be loud) snorers. It consists of repeated spells in which breathing during sleep stops.  These episodes are called apneas and are the result of the excessive relaxation and then collapse of the muscles in the back of the mouth.

Most commonly apnea is found in overweight, but not necessarily obese, middle-aged men.  Women, too, are also effected most often beginning during menopause.  Sleep apnea is very common with estimates ranging up to 10 to 15% of men and up to half of that many women being effected. It often produces progressive abnormal daytime sleepiness with irresistible sleep episodes and trouble staying alert while driving. High blood pressure, a major increased risk of heart and stroke, memory problems, mood changes, even sexual dysfunction may all develop. It is the one sleep disorder where there is a substantial risk of dying if it goes undetected.

How is Sleep Apnea diagnosed?

Accuracy of diagnosis is essential for such a serious disorder. This should begin with a discussion with your primary care provider where available and then with the sleep medicine specialist. This sleep disorder is evaluated by sleep testing, either by polysomnography in a sleep laboratory or with a home sleep test.  For some patients who are in generally good health with only the primary complaint of a sleep breathing disorder a home sleep test may be used. This is the only accurate way to confirm the suspicion someone has sleep apnea, measure how often apneas occur, their length, what happens to oxygen levels, how stressed the heart is, how disrupted sleep is, the effects of sleep position, etc.

The results form the core basis for the selection of the best treatment. Polysomnography is also often essential to initiation of one of the main treatments for sleep apnea, nasal continuous positive airway pressure. Polysomnography is also essential in order confirm that surgical or dental orthotic therapy has been satisfactorily effective; these treatments often eliminate snoring and may even make people sleep and feel much better yet leave the person with still serious but undetected apnea.

How is Sleep Apnea Treated?

A wide selection of treatment options are available. They are often successful - if properly tailored to a particular person’s sleep apnea as well as their special circumstances. Therapies to consider include weight reduction, sleep position therapy, adjustment of alcohol intake, modification of medications being taken for other conditions, nasal patency devices, allergy therapy, dietary modification to eliminate foods affecting nose and throat function, nasal surgeries, palatal surgeries, special dental devices, specially designed pillows, and prescription medications. Surgical techniques include the radiofrequency device Somnoplasty, laser (LAUP), and traditional palatoplasty (UPPP). Even more complex surgical treatments may be appropriate in selected instances, including extensive jaw and facial bone modifications on the one hand, to the first treatment for the disorders, tracheotomy, on the other.  Fortunately, the latter is very rarely needed.

The dominant treatment, however, is nasal continuous positive airway pressure (CPAP), or the closely related device nasal bilevel positive airway pressure. It consists of a small nasal mask and flow generator using room air at varying flow rates, the air used creating a cushion or kind of air splint which prevents the throat from collapsing as well as stopping snoring. This is almost always effective, non-invasive, and adjustable so that treatment can be modified should the disorder worsen. It is a well tolerated and accepted treatment used by tens of thousands nightly and is the treatment of choice for those with moderate or severe sleep apnea.

One form of treatment or another is almost always effective. Remember that the first step in treating this disorder is a sleep medicine consultation followed by polysomnography or with a home sleep test.

We Offer Sleep Apnea Treatments At Our Portland, OR Office And At Our Astoria OR, Office