Narcolepsy in Astoria, Portland, OR 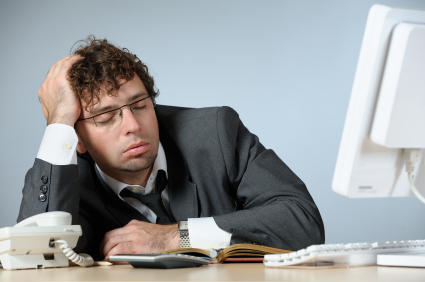 The word narcolepsy comes from two Greek words that can be roughly translated as seized by numbness. The two primary symptoms in narcolepsy reflect this phrase:

Some, but not all patients experience other symptoms

Primary symptoms of narcolepsy include:

Excessive Sleepiness. All people with narcolepsy experience excessive sleepiness during the day with episodes of falling asleep rapidly and inappropriately, even when fully involved in an activity. These events may be characterized by the following behaviors:

Cataplexy. This is a sudden loss of voluntary muscle control, usually triggered by emotions such as laughter, surprise, fear or anger. Cataplexy occurs more frequently during times of stress or fatigue.

The cataplectic attack may involve only a slight feeling of weakness and limp muscles (such as sagging facial muscles, a nodding head, buckling knees, loss of arm strength, garbled speech); but it also may result in immediate total body collapse, during which the person may appear unconscious, but remains awake and alert. These attacks may last from a few seconds up to thirty minutes.

Sleep paralysis or temporary inability to move. Either of these symptoms can occur during the process of going to sleep or waking up, while the brain is partially asleep and partially awake.